The Sioux believed in Spiritualism just like the Wampanoag tribe. This means that the Sioux tribe believed in Mother Earth as their god. They would often thank the earth, the plants, the animals, and any living thing for the gifts they gave the Wampanoag. They held a huge respect for the earth and all living things, for without them the plants and animals they would be unable to live.

Below is a Sioux man wearing eagle feathers and Buffalo hides and holding a medicine pipe. This is an excellent representation of what a medicine man would look like. 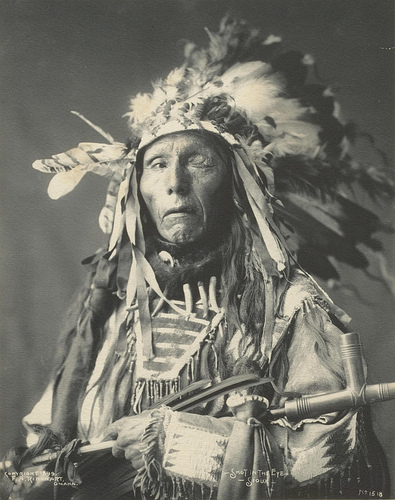