The Wampanoag Tribe made domed shelters using tree bark as a covering. These shelters were called wigwams. Unlike the Sioux, the Wampanoag lived in the same place for extended periods of time, so their structures were much more complex and permanent. The Wampanoag made their shelter by cutting young trees and placing them in the ground. By bending these young trees, and tying them together with roots, they were able to make a domed structure. They then covered their shelter with tree bark. Birch Bark (like below) was very commonly used.

Why do you think the shelter is a domed structure? Why would this shelter be more permanent than the teepees the Sioux used? 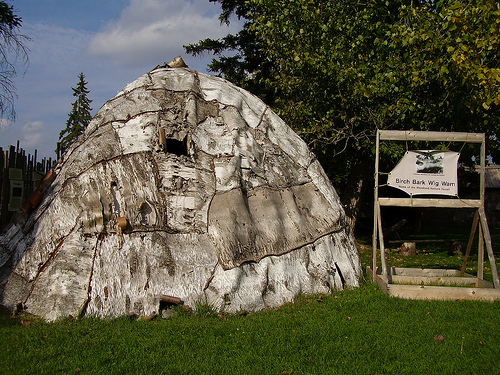